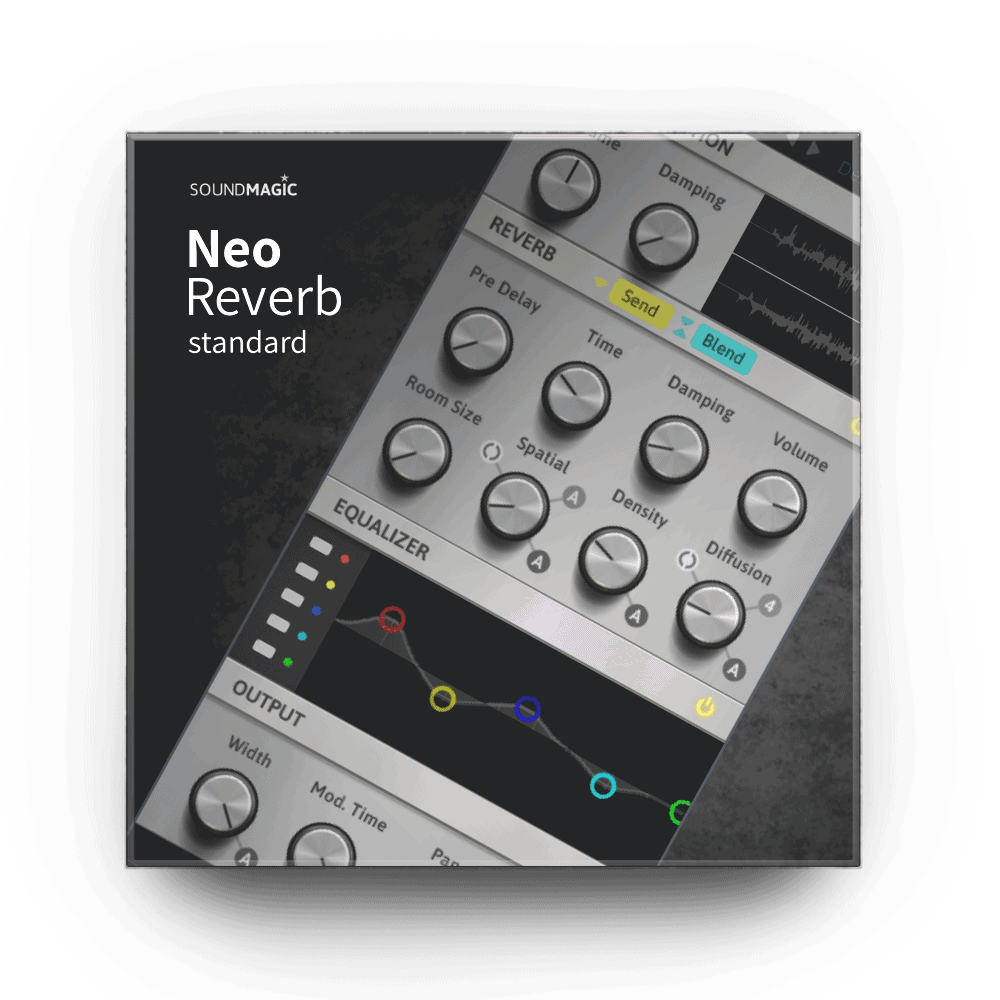 Neo Reverb is a revolutionary Hybrid Convolution and Algorithm Reverb which combines both advantages of Convolution Reverb and Algorithm Reverb. It is commonly considered that convolution reverb sounds best and realistic, but has a static sound. While Algorithm Reverb sounds live and dynamic, but lacks the realistic of the convolution reverb. Combining the advantages of both has remained a dream until Sound Magic presents Neo Reverb. By converting the True Stereo IRs of specific spaces to Algorithms, Sound Magic is able to open a new door for digital reverb with the birth of Neo Reverb.

Sound Magic has spent years in finding what a good Reverb is. After analyzing several famous reverb units, including lexicon 480L and 960L, Bricasti M7 and TC system 6000.  we concluded a good Reverb should have 3 critical characteristics, Clean, Clear and Open sound. Clean means the reverb should color the original sound in a minimum amount. Clear means the reverb could generate a rich and realistic reverb/space feeling.  While open sound means the sound should not sound like in a box or a tiny space and should have a big, open sound field. Neo Reverb features an open. big, dense, clean and clear sound and provides highest sound quality to musicians. And it is the first software reverb which dares to directly compare with famous expensive hardware reverbs (Lexicon 480L and TC System 6000)

Neo Reverb has a new model named the Ba gua Model. Which is different from the famous Schroeder/Moore Model, adding the ability to generate millions of early reflections.

Neo Reverb can hold thousands of delay lines for 15 seconds. In order to make every bite of the reverb tail can be heard clearly, without any blur.

Neo Reverb features around 40 controls allowing you to tweak the sounds. Adds great playability to the realistic sound.